Victory in the Rolex Fastnet Race !

It was great!  The atmosphere on board was excellent and a big thanks to my crew Corentin, Fred and Arnaud.  We pushed the boat hard and we tested a lot of things.  I am really pleased.

On the evening of Monday 5th August, the Class 40 Lamotte Module-Création crossed the finish line in 1st place after 2 days, 11 hours and 13 minutes of racing following an exciting match against Beijaflore, Leyton and Eärendil.  This great performance should give confidence for the rest of the season and the Transat Jacques Vabre.  Luke Berry once again  thanks his crew Corentin Douget, Frédéric Denis and Arnaud, who all enjoyed the win!

“It was a great race and we are all very happy with the win.  We were able to check out the new mast and rigging.  It was also great training for the Transat Jacques Vabre as we had quite strong winds heading up to and back from the Fastnet Rock.  After a great start amongst the Imocas we were in second position (in our class) out of the Solent and fairly quickly took the lead up until the transition zone where the wind dropped completely.  Then followed a mix of not being successful and making a few errors so we fell back quite a few places until Land’s End” recounts the skipper.
“Following that it was a speed race in order to catch up with the others and we didn’t come out too badly.  Heading round the lighthouse we were in 2nd position to Beijaflore having taken a more easterly route. However unfortunately after having rounded this mythical rock we encountered a few problems, notably the gennaker roller that broke letting the wind take the sail.  I came out in a cold sweat as that reminded me of the awful time when we lost our mast at the beginning of the year.  So we lost time time while repairing the damage but also went from being 5 miles behind on rounding the Rock to 10 miles!  It was going to be difficult to win particularly as Beijaflore with a powerful and efficient hull wasn’t letting go! “  They also had on board a very experienced Marc Guillemot with William Mathelin More and Amaury François.
“So after having all day attacked with speeds reaching 18 knots, we crossed the Irish Sea in less than 9 hours!  At the end of the afternoon we overtook Beijaflore but we couldn’t take anything for granted!  With fast downwind sailing all the way to the finish we finally arrived 3 minutes before them - what a great match!”
It’s Luke Berry’s 3rd win of the season following the Plastimo Lorient Mini double-handed with Frédéric Denis in April and the Cowes-Dinard a few weeks ago with Tanguy Le Turquais and now the Rolex Fastnet  - a big win for a big race in Class 40.  “It was great!  The atmosphere on board was excellent and a big thanks to my crew Corentin, Fred and Arnaud.  We pushed the boat hard and we tested a lot of things.  I am really pleased!”
Two days after the win the Class 40 is back in Saint Malo where it will stay for three weeks, time for for the team to rest up, clean up the boat and get it ready for more partner outings at the end of August.  Luke Berry will then follow on racing with the Tour de Bretagne (Round Brittany) in a Figaro 3 with Tanguy Le Turquais and then the 40’ Malouines race in September.
Have a good Summer everyone!
Actualités 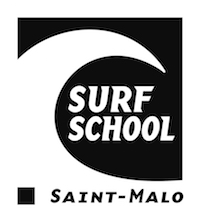